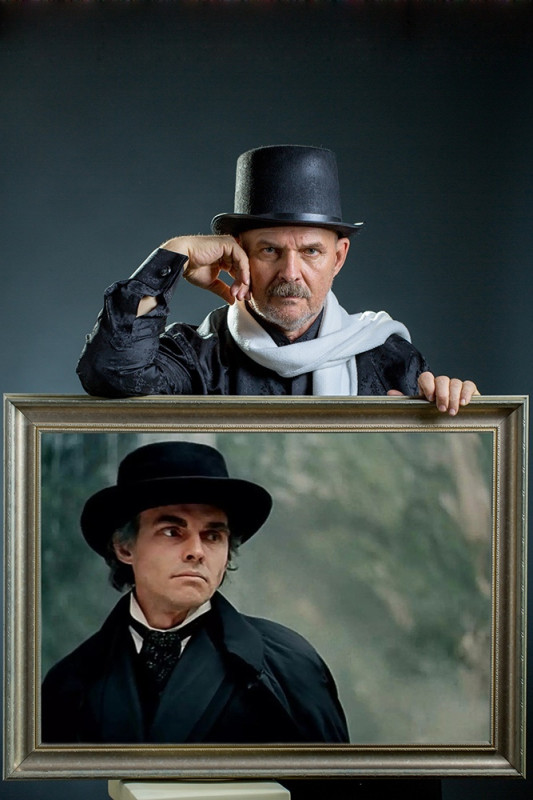 In Samara, actor Viktor Evgrafov died. He was 73.
Evgrafov had the problems of the cardiovascular system. According to the Samarafilm film studio, the actor has recently been recovering from a coronavirus infection. The studio clarifies that his blood clot has come off.
Evgrafov will be buried in the "Actors' Alley" of the Samara city cemetery. The farewell date will be announced later.
Evgrafov was born on September 10, 1948 in Samara. In 1976 he graduated from the Moscow GITIS. He began his career by working at the Leningrad Theater of Young Spectators, also played in the films. In total, Viktor Evgrafov's film career has more than 30 roles as not only an actor, but also a stuntman. In 1994 in the Crimea, being a stuntman, during the filming, he received a serious injury, from which he was recovering for a long time.
Evgrafov gained wide popularity thanks to the role of Professor Moriarty in Igor Maslennikov’s TV films "The Adventures of Sherlock Holmes and Doctor Watson" (1980).
Since the 2000s, the actor lived in the Samara region, directed the Kolovrat studio in Togliatti (Russian town near Volga river). Since 2004, he was an associate professor at the Tatishchev Volga University (Togliatti), the artistic director of two acting courses.
"First of all, I would like to express my condolences to Victor's family, this is a great loss ... I saw how he works on the set. Evgrafov was a professional stuntman, but he had unconditional acting skills," Vasily Livanov said. 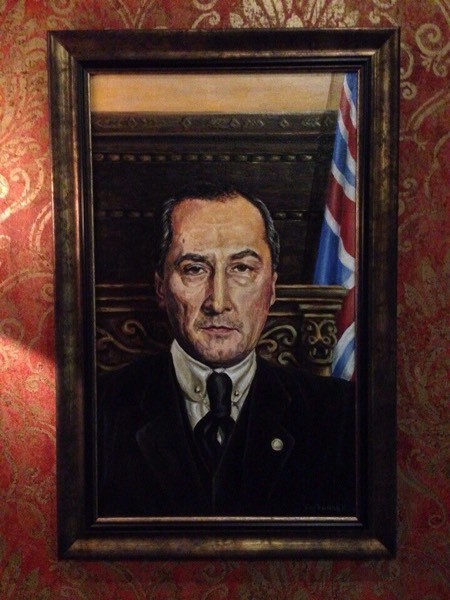 Visit The Mycroft Pub!
Welcome to Russia, to Veliky Novgorod.
The interior is decorated in a classic English style. Several magnificent Sherlockian portraits adorn the walls - including Mycroft Holmes, Jack Stapleton, Inspector Lestrade, Sir Henry Baskervilles, Barrymore... Their faces are suspiciously familiar to you. Indeed, because they are look like the actors from the Russian film adaptation of "The Adventures of Sherlock Holmes and Dr. Watson" (1979-1986). 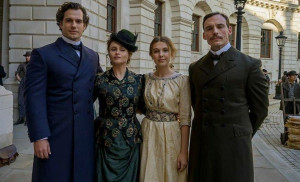 Here is a GALLERY of images from the 2020 movie "ENOLA HOLMES", Netflix's adaptation of Nancy Springer's 2006 novel from her The Enola Holmes series, "The Case of the Missing Marquess". Directed by Harry Bradbeer, the movie stars Milly Bobby Brown in the title role.

Title: He’s Not Here
Author: saki101
Rating: PG
Word Count: ~7.9K
Warnings: consideration of the apparent death of Holmes, canon typical mention of off-stage death of minor characters
Summary: Holmes learns more about how Watson felt after the Reichenbach Fall, and what Watson did about it.
Disclaimer: Public domain (at least all the ACD story elements referenced herein)
A/N: Written for the 2020 ACDHolmesfest. 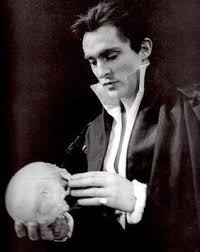 Excerpt: “Where did you get a photograph of me?”

I laughed. “From that photographer you suspected of murder. You sat for a whole series in order to have plenty of time to converse with him and observe his reactions. You told him you were an actor and had me bring along changes of costume, stage make-up, and props - a skull and a riding crop. Surely you remember?” 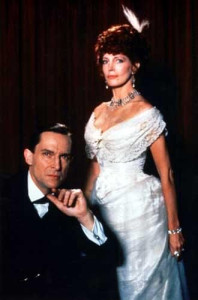 I wrote this ARTICLE about the modern television and movie portrayals of the character Irene Adler, first created by Sir Arthur Conan Doyle in his 1891 Sherlock Holmes novella, "A Scandal in Bohemia". 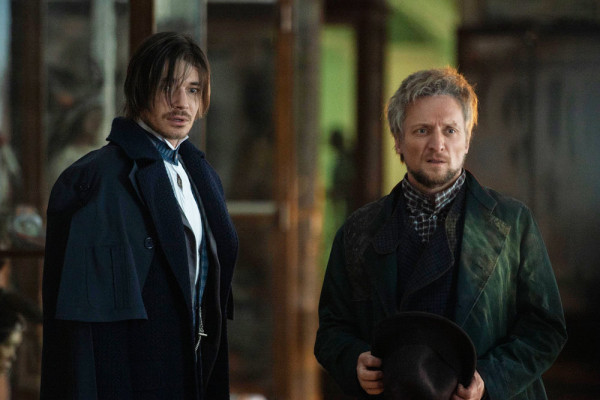 In St. Petersburg, shooting of a new project of Alexander Tsekalo's production company "Sreda" ["Medium"] began. This will be a series called "Sherlock Holmes in Russia." The leading roles were also announced at once: Maxim Matveyev (Sherlock Holmes), Vladimir Mishukov (Doctor Kartsev), Irina Starshenbaum (Sophia) and others. The film is directed by Nurbek Egen (“Alibi”, “Secret Sign”), and the cameraman is Nikolai Bogachev (“Trigger”, “Trotsky”, “Fir-trees 3”). Scenario by Oleg Malovichko ("Ice", "Attraction", "Method").

Judging by the names of the characters, it is clear that the script will not exactly follow the works of Arthur Conan Doyle. The series will tell how in London, several women have already been killed at the hand of Jack the Ripper. At the scene of the murder of each one of them, the maniac left messages for his pursuer. It was Sherlock Holmes, who followed in his wake, but was late every time. Using the deduction method, Holmes realized that Jack had fled to Russia.

Leaving Watson in Britain, the detective arrives in St. Petersburg, where no one takes Holmes’s methods seriously. Soon he meets Dr. Kartsev, from whom he rents a room on Pekarskaya [Baker] Street. "Kartsev becomes Holmes's assistant, and together they unravel the mystical, terrible, dramatic crimes, despite the opposition of the local police. Upon arrival in St. Petersburg, Holmes meets Sofia, who also helps him. Their relationship grows into something more, but their personal ghosts and visions from the past stand in the way, preventing them from being together", an excerpt from the company's release says.

Alexandra Remizova, the lead producer of the Sreda company and the creative producer of the new series, says: “The plot is based on exciting and mysterious crimes that Sherlock would never have encountered in his native England. We will show the audience a story familiar to everyone, but from another side. The unification of cultures through the adaptation of an Englishman in Russia, new crimes and love are the components of the project that create a new story - "Sherlock Holmes in Russia."" 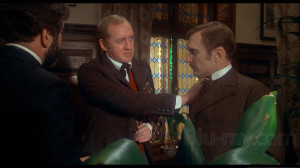 I wrote this REVIEW of "THE SEVEN PER-CENT SOLUTION", the 1976 adaptation of Nicholas Meyer's 1974 novel. Adapted by Meyer and directed by Herbert Ross, the movie starred Nicol Williamson, Robert Duvall and Alan Arkin. 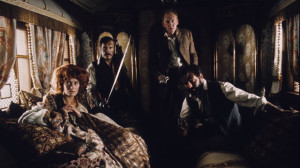 Here is a GALLERY featuring images from "THE SEVEN PER-CENT SOLUTION", the 1976 adaptation of Nicholas Meyer's 1974 novel. Adapted by Meyer and directed by Herbert Ross, the movie starred Nicol Williamson, Robert Duvall and Alan Arkin.

This is the story of how I met Andrew Scott at the Hamlet West End premiere. Includes photos of Andrew from the Harold Pinter Theatre stage door and pictures of his autographs, as well as my visits to popular BBC Sherlock locations in central London. (x)